Interview with Ryan Newman about her career and See Dad Run: “If it´s what you love to do, just don´t Give Up” It´s easy to recognize a rising star upon seeing her and what she´s done so far in her career, even though she is still in her mid teens. Ryan Newman plays the role of Emily Hobbs in Nick at Night´s original series “See Dad Run”, alongside Scott Baio, who plays the main role of the dad on the show. But Scott´s not the only bonafide star Ryan Newman has worked with, as her resumeé also includes working with Steve Buscemi, Maggie Gyllenhaal, Kevin James and Nick Cannon in Monster House, or Tim Allen, Courteney Cox and Chevy Chase in Zoom, as well as being a regular in The Suite Life of Zack and Cody, Hannah Montana, Good Luck Charlie and Zeke and Luther.

Now, she is one of the main characters in See Dad Run, a multi-camera scripted half-hour that follows David Hobbs (Baio) an actor who, after ten years of starring as America’s favorite TV dad, becomes a stay-at-home father to honor the deal he made with his soap star wife (Alanna Ubach, Legally Blonde), so that she may return to the limelight.

I had the chance to interview Ryan Newman to discuss her career and her show See Dad Run. Enjoy.

Q: When did you first know acting was what you wanted to do?
RN: I was actually two and a half when I started begging my parents to act. I would just point at the TV and say “I do that”, and that was non stop and eventually, when I was three, three and a half, they kinda caved in and I got headshots and an agent… I started in print modeling and then moved to acting.

Q: How big a role did your family play in helping you achieve your dream?
RN: They were so extremely supportive. I was so young when I started… my mom was always guiding me through it.

Q: What advice would you give kids and teenagers who want to become actors and actresses?
RN: Just don´t give up. It´s definitely hard to get in the industry, but if it´s what you love to do, just don´t give up… and get involved in school plays, take acting lessons.

Q: How was that chemistry test?
RN: It was awesome, I got to do it with Scott Baio and Alanna Ubach, who play my dad and mom.

Q: And how´s chemistry now that you´ve done several episodes?
RN: We are like a real family; we all get along so well, we all have a lot of fun… my sidekick would be Ramy (Youssef) who plays Kevin. He´s like a brother to me.

Q: How similar and how different are you from Emily?
RN: We are very much alike. She is a teenager, she´s going through a lot of things that I´m going through, we are a lot alike; probably the biggest difference is with the siblings. She´s the oldest in the show, and I´m the youngest.

Q: And what´s your favorite Emily´s scene?
RN: I don´t think there´s one in particular. The school play episode… all the scenes that I got to do in that were probably one of my favorites. And to act like I don´t know how to act was pretty fun.

Q: What will we see from See Dad Run in the future?
RN: You´ll see Emily grow, and face things she´s never been through, much like in season one. And Scott´s character you will see him learn a lot, he doesn´t know what he´s doing most of the time.

Q: What are your other projects besides See Dad Run?
RN: Well, now I am on a little hiatus from See Dad Run between season one and two. Just a couple of months, so I don´t know if I´ll actually get to do something but I´m working on my music right now.

Q: How do you do “normal teenager life” while you are doing all this?
RN: Well, it´s definitely challenging to find a balance like that, and my mom´s always helping me, and my friends from when I was in regular school. They help me to kinda get my “High school experience”, and it´s definitely hard with school, but I´m making it, as education is number one, very important. I put it first, I am very studious, I work hard. Every second I can I´m getting stuff done.
And then I save my weekends for my friends, to hang out, go to the movies and do stuff with them, when I´m not doing press things, or music…

Q: You are quite active on Twitter, and interact with your fans a lot. Why do you do Twitter?
RN: Well, like you said, to interact with my fans, to get the reactions, and answer their questions, and know what they are thinking, and how they feel about the show, and my character, and anything. I love answering their questions and talking to them. That´s why I´m on Twitter (@ryrynewman), and now I also got into Instagram. It´s www.instagram.com/ryry_newman I just got that, so I´m kinda learning my ropes on it. (She also has a Facebook fanpage)

Q: What´s still to be accomplished in your career?
RN: Doing films is what I love, so getting to do films while I´m on a break. But I guess the biggest challenge is to transition from child actress into the adult world, and that´s I know very hard, so I´m hoping that will go well when time comes.

Q: Who do you admire that was able to do that transition?
RN: Natalie Portman, Jessica Biel, Brooke Shields, Anne Hathaway, they all did it amazingly.

I hope you all liked this interview to get to know a little bit more about Ryan Newman, she was lovely during it, she´s very personable. Good things will come for her for sure. 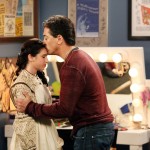 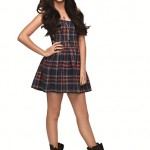 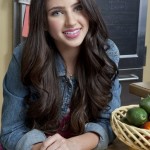