This season of Community there have been several changes. For starters, Chevy Chase´s no longer on the cast, save for the eventual hologram cameo, Donald Glover´s Troy will be only half a season, and there´s the addition of Criminology professor Buzz to the table, and well, Chang has no longer Changnesia, Jeff is a Law Teacher and Dan Harmon is back on the helm. So that´s what´s new this season, and how about this episode? It is called Basic Intergluteal Numismatics when an anonymous bandit drops coins down people’s pants, prompting Dean Pelton, Jeff and Annie to launch investigations. But when someone actually confesses, Jeff doesn’t believe the story.

Gwen: Is this the return of the Ass Crack Bandit?

Dean: From this moment on we are on Defcon four, if that´s the highest Defcon there is, and if high Defcons are more important than low ones.

Dean: This is the biggest PR debacle Greendale has seen since we held a rally protesting the wrong Korea.

Annie: This is important
Jeff: I can assure you, this is not.

Buzz: Would you stop with the coffee and the blankets.

Jeff: Annie, take it easy.
Annie: Taking it easy is how Troy ended up with a quarter of a buck up his butt.

Dean: Abed you are special, can´t you stand up in the scene of the crime and do something?

Jeff: These are lyrics from songs from Dave
Annie: Who?
Jeff: Dave Matthews… oh, excuse me for being alive in the nineties and having two ears connected to a heart.

Troy: A camera in the bathroom is better than a quarter in your crack.

Dean: Don´t tell me what I can or cannot do… who do you think you are? Cosmo´s July Quiz?

Dean: What is this, what is this creepy business.

Ass Crack Bandit: I am the bringer or change, I am the filler of cracks.

Britta: High five?
Duncan: Sure (goes for the kiss and Britta moves away)… oh the American High Five.

Annie: Then what is this?
Jeff: It´s platonic shoulder holding.

Annie: Professor Duncan aren´t you coming to the dance.
Duncan: I´ll go later… actually can you come get me when Britta´s drunk?

What did you think about Community S05E03 Basic Intergluteal Numismatics? Head to the comments and let me know. Also, Follow me on Twitter for more scoop and check out my Community themed Pinterest board. 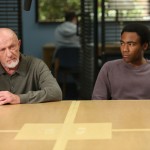 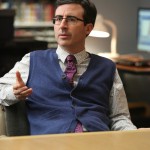 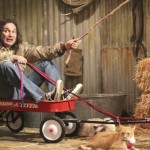 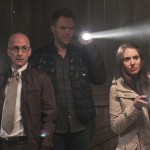 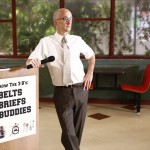 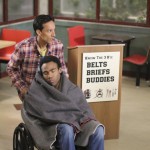 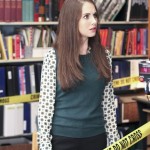 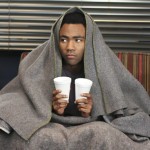