A new episode of The Big Bang Theory aired, and of course, it was funny. Specially since it includes Comic Con, and the guys dressing up as Star Trek: The Next Generation. Your know there´s going to be a ton of laugh in there, right?

In this episode, while the guys take a road trip to a comic book convention dressed as “Star Trek: The Next Generation” characters, the girls stay home and try to interpret a comic book.

Leonard: This is my Comic-Con makeup. I love you, but there are some things a man doesn´t share with his girlfriend.

Penny: I feel like you guys just went to Comic Con
Leonard: That was San Diego Comic Con, this is Bakersfield Comic Con
Penny: Is that better?

Sheldon: To answer your question… no, it´s not better

Penny: What´s this?
Leonard: TO show people when they don´t believe me

Stuart: Can you stop staring? These are girls. Nothing you haven´t seen in drawings and movies.

Sheldon: Stealing is against the law

Sheldon: Do you think that because you are wearing a Captain uniform, you are in charge?
Leonard: Yes
Sheldon: Ok

Howard: Wish my mom was here, we could all hang out in her shadow.

What do you think about the best quotes from The Big Bang Theory – The Bakersfield Expedition? Follow me on Twitter for more TBBT scoop. 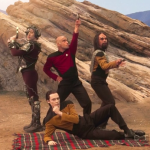 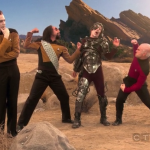 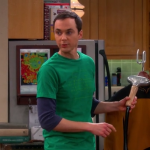 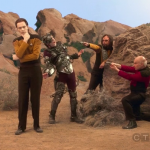