More information to fill the lists for cancelled shows of 2012 and renewed shows of 2012.  And I am ptobably the only TV writer and critic happy about this one, but that´s mainly because I don´t write what I am supposed to say, but what I actually laugh about, and Whitney makes me laugh, so, when NBC renews Whitney for season two, I see it as good news and I´m congratulating Whitney Cummings, Chris D´Elia, and the rest of the cast and crew of the sitcom.

I was betting on the show to comeback, even after season finale left all ends tied just in case it needed to be series finale, but, Whitney got renewed.

NBC’s multi-camera comedy “Whitney” is a look at modern day love, which centers around Whitney (Whitney Cummings, “Chelsea Lately”) and Alex (Chris D’Elia, “Glory Daze”), a happily unmarried couple.  Together for three years, the duo is in no rush to get hitched, which seems to get a mixed response from their friends.
Whitney’s close circle of opinionated girlfriends include Lily (Zoe Lister-Jones, “The Other Guys”) who is sweet, upbeat and is ready to get married and Roxanne (Rhea Seehorn, “The Starter Wife”) a divorcee who is not afraid to speak her mind, but has not given up on love completely.  When together they often discuss their varying relationships and how to deal with everyday life and seemingly have fun at the same time.
Completing their close-knit group is Neal (Maulik Pancholy, NBC’s “30 Rock”) a real modern day renaissance man — sensitive, cool and knows a little bit about everything and happens to be dating Lily.  On the other end of the spectrum is Whitney and Alex’s next-door neighbor Mark (Dan O’Brien, “How I Met Your Mother”), a police officer and total bachelor, who claims to be the ultimate player but likes to talk a good game.
At the end of the day, Whitney and Alex realize that while their relationship might not be perfect on paper, they really do love each other — and that works for them.

What do you think? Are you happy that Whitney got renewed? Let me know in the comments section.

Also, remember to follow me on Twitter for more scoop about shows getting renewed as Whitney did. 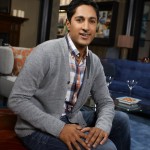 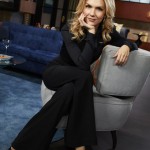 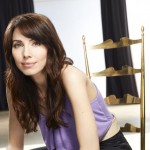 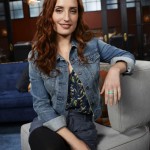