You know I do not generally talk about advertising in here, mostly about television, and some book reviews, and now starting doing some shows location maps and all.
But even though I teach advertising at college, I rarely speak about it.
But it´s the SuperBowl, it´s Coca Cola and it´s the Polar Bears, so I´m making an exception.
This time, the Polar Bears that have been around us for long time in Coca Cola ads, will turn into fans for the game; yup, they´ll be watching.
Coca-Cola is launching a unique viewing experience for
fans that merges a live digital stream and social media with traditional television advertising. The stars of the campaign are two Coca-Cola polar bears who will be watching the big game live and sharing a Coke from the comforts of their Arctic ice
cave.
Fans can join in on the fun and watch the game with the polar bears “in the Arctic” by visiting www.CokePolarBowl.com. The digital platform uses proprietary technology to bring the computer-generated polar bears to life through live animation – a technological first for the big game or any media event. The live stream will showcase the animated polar bears’ reactions to all the plays on the field, the halftime show and highly anticipated commercials.
In a first for Coca-Cola, the polar bears will be “taking over” the official @CocaCola
Twitter account on game day. On February 5, the profile photo for Coca-Cola will change from the current Coca-Cola logo to an image of the two polar bears. Using the hashtag #GameDayPolarBears, the polar bears will be sharing their unique perspectives on the game and engaging directly with consumers. Fans will be able to exchange tweets with the bears and share select moments from the live stream with
friends via social media. For example, Twitter followers may see this post from a Coca-Cola polar bear: “If you tweet us photos of your own game day party we’ll feature them in our live stream. That is, if the penguin deems them worthy.”
While the two polar bears are both football fans, they are rooting for opposing teams, adding to the fun of watching their expressions of delight or frustration as the game unfolds.
Throughout the live stream a variety of ancillary characters, including penguins and a young polar bear stop by the bears’ snow cave to share a Coke and enjoy the festivities.

And I have here the preview of the two ads that will run during the SuperBowl for you to enjoy.

What did you think about these Coca Cola ads for the SuperBowl? Let me know in the comments section. 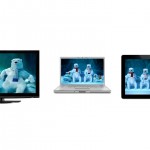 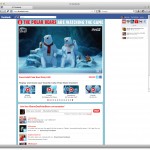 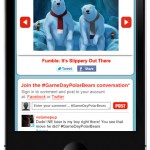 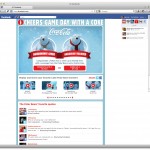 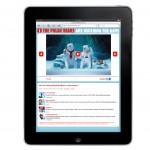 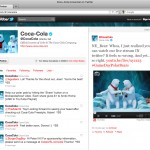