Since we are starting holidays season, let´s see what else we can add to the full updatable Christmas and Holidays Programming Guide. Now, let´s move to Fox, that has a whole lot of specials and episodic celebrations.

The weather outside may be frightful, but this season, FOX makes the holidays delightful with a sleigh-ful of new and returning Thanksgiving and holiday favorites.

On Monday, Dec. 17 (8:00-8:30 PM ET/PT), don’t miss the world broadcast premiere of the animated special based on the “How To Train Your Dragon” animated film franchise, DREAMWORKS DRAGONS: GIFT OF THE NIGHT FURY, followed by the return of FOX holiday favorite ICE AGE: A MAMMOTH CHRISTMAS (8:30-9:00 PM ET/PT) and a second helping of HAPPINESS IS A WARM BLANKET, CHARLIE BROWN (9:00-10:00 PM ET/PT).

Greet the season with the following Thanksgiving-themed programs on FOX:

When Cleveland (Mike Henry) finds out that Holt (Jason Sudeikis) was not invited to his estranged family’s holiday dinner, he asks him to babysit Rallo (Henry), while the gang opens a new airport pub. Holt quickly realizes that babysitting is an easy way to meet girls, so he uses Rallo as a chick magnet in exchange for toys. Meanwhile, Cleveland drinks too much and winds up flying an airplane in danger of crashing, so Holt and his drill sergeant father, General Richter (guest voice Will Arnett), must work together to bring Cleveland back to safety.

In the series’ first-ever Thanksgiving episode, it’s Bob’s (H. Jon Benjamin) favorite holiday of all time, and he’s determined to make it the most memorable Thanksgiving ever. However, the plans change when Mr. Fischoeder (guest voice Kevin Kline) hires Bob as his chef and Linda (John Roberts) and the kids as his family in order to stage the perfect Thanksgiving dinner and make a former flame (guest voice Lindsey Stoddart) jealous.

Natesville is holding its annual Thanksgiving Radish Harvest Festival, and Jimmy (Lucas Neff) is determined to sell the most candy bars around town, so that Hope (guest stars Rylie and Baylie Cregut) can ride atop the town’s Thanksgiving Day float. But when he doesn’t sell enough to win, Virginia (Martha Plimpton) and Maw Maw (Cloris Leachman) unveil a dark, mafia-inspired family secret that could lead the Chances to victory.

When a high school reunion is held on the eve of Thanksgiving, Will (guest star Geoff Stults) encourages Kate (Dakota Johnson) to attend and stand up to the high school bully, Anna (guest star Amber Stevens), who gave her an unforgettable nickname. Meanwhile, in the midst of the holiday season, Ben (Nat Faxon) doesn’t think he can keep the huge secret that he and BJ (Lucy Punch) have been hiding from Kate for much longer. An encore airs Wednesday, Dec. 26 (8:00-8:30 PM ET/PT).

Tune in to see if your favorite singing acts made the cut, in an all-new “LIVE Results” episode on Thanksgiving night!

A love triangle heats up among Marley (Melissa Benoist), Jake (Jacob Artist) and Ryder (Blake Jenner), and Blaine (Darren Criss) has a run-in with the Warblers.

Break out the eggnog and drink up these FOX holiday-themed programs:

In this annual holiday special, the Peanuts gang is back and ready to help Linus (Austin Lux) break away from his childhood security blanket. The stakes are high as Linus learns his grandmother is coming to visit, and he must decide whether or not to dispose of his most cherished possession. In an effort to help Linus kick his habit, Charlie Brown (Trenton Rogers), Lucy (Grace Rolek) and even Snoopy pitch in to help. Lucy is quick to attempt her amateur psychiatric skills, while Snoopy employs the age old drag-and-run method. Despite all attempts, Linus eventually learns that security is a valuable quality in life and everyone is entitled to their own version of a security blanket. Another encore airs Monday, Dec. 17 (9:00-10:00 PM ET/PT).

In an encore broadcast, it’s the most wonderful time of the year, and the series flash-forwards thirty years, when Bart (Nancy Cartwright) and Lisa (Yeardley Smith) have children of their own and decide to spend the holidays as one big family at Homer (Dan Castellaneta) and Marge’s (Julie Kavner) house.

Cleveland takes a reluctant Cleveland, Jr. (Kevin Michael Richardson) to a turkey farm in order to teach him how to hunt the family’s Thanksgiving dinner. But Junior refuses to harm the innocent turkeys. So when Cleveland is accidentally shot, he and Junior embark on an elaborate mission to free all of the turkeys before Thanksgiving. Meanwhile, Rallo (Henry) and Donna (Sanaa Lathan) build a float for Stoolbend’s Thanksgiving Day parade, but Rallo takes matters into his own hands when Donna fails to embrace his artistic vision.

It’s time for Sectionals, and New Directions receives guidance from some of the recent McKinley graduates who volunteer to mentor the glee club during their Thanksgiving breaks. Meanwhile, Rachel (Lea Michele) and Kurt (Chris Colfer) have a non-traditional holiday dinner in the Big Apple.

Virginia is convinced that the world is going to end on Dec. 21, 2012. So she uses her extreme couponing skills to stock up on supplies and she forces the family to train for the apocalypse. Meanwhile, Jimmy is determined to give Hope the best Christmas he can, since it likely will be the first one she remembers, and Maw Maw tries to knock a few more items off her bucket list before the world ends. An encore airs Monday, Dec. 24 (8:30-9:00 PM ET/PT).

When the gang attempts to juggle multiple holiday parties in one night, Jess tries to avoid a remorseful Sam (guest star David Walton), Nick tries to keep up with a sexually adventurous Angie (guest star Olivia Munn) and Winston panics when he gets a cranberry stuck in his ear. An encore airs Christmas, Tuesday, Dec. 25 (8:30-9:00 PM ET/PT).

Mindy throws an office Christmas party at her apartment, and she’s eager for her colleagues to finally meet her boyfriend, Josh (guest star Tommy Dewey). Meanwhile, Jeremy deals with doling out the office holiday bonuses, much to everyone’s chagrin. An encore airs Thursday, Dec. 27 (8:00-8:30 PM ET/PT).

In a tribute to the film “Love, Actually,” seemingly separate storylines come together as one holiday-themed episode, in which Sam (Chord Overstreet) and Brittany (Heather Morris) live their lives to the fullest before the much-heralded Mayan Apocalypse occurs. Meanwhile, Jake (Jacob Artist) and Puck (Mark Salling) spend quality sibling time together for Hanukah, Artie (Kevin McHale) has a holiday dream that changes his outlook on life and Kurt has a Christmas he’ll never forget.

An encore broadcast in which Cleveland tells his family his own version of one of his favorite holiday stories, “Die Hard.”

Cleveland discovers that the food served at the local homeless shelter is much better than it is at home, so he pretends to be homeless to benefit from the meals. But when the community catches onto his ill-spirited scheme, they confront him and he must apologize to everyone. Meanwhile, chauvinistic storeowner Harris Grundle (guest voice Nick Offerman) hires Roberta (Reagan Gomez) as a Christmas elf, but requires all of Santa’s female helpers to don sexy costumes.

When a fire at the retirement home forces Grampa (Dan Castellaneta) to move home with the Simpsons, Homer throws out his back on moving day and decides to stay home to recover. While enjoying his time alone, Homer gets distracted by “Villageville” – a super-addictive tablet game in which he is able to create his own virtual village – and loses the family dog, Santa’s Little Helper.

Bob inherits a storage unit, and the whole family imagines treasures, but only finds a man named Chet (guest voice Zach Galifianakis) living inside. Imbued with the holiday spirit, Linda persuades Bob to invite Chet to stay at the restaurant, where it’s discovered that this stranger, who claims he was once a mannequin, has a gift for intricate and living window displays.

Peter (Seth MacFarlane) tells his own version of the Nativity story. Need we say more?

It’s holiday time in Langley Falls and Steve (Scott Grimes) starts acting like a spoiled brat. So Stan (Seth MacFarlane) takes him to see his incarcerated Grandpa Jack (guest voice Daran Norris), who tells the story of how, as a boy, he captured the legendary Minstrel Krampus (guest voice Danny Glover), a Christmas demon who used to punish naughty children on Christmas. Meanwhile, Hayley (Rachael MacFarlane) gets a job at the airport, but realizes she may not be cut out for customer service.

Inspired by the popular “How to Train Your Dragon” film franchise, this all-new special is a story of faith, love and friendship that takes viewers on an adventure of dragon-sized proportions as the villagers of Berk prepare for the winter holidays. As their festivities approach, the dragons make a sudden mass exodus leaving Hiccup (Jay Baruchel), Astrid (America Ferrera), Stoick (Gerard Butler) and the rest of the gang saddened by the loss of their winged friends. A wild turn of events leads Hiccup to discover a mysterious, never-before-seen island and learn the true reason why the dragons left the village. Friendship and loyalty abound in this touching holiday tale of spreading one’s wings, but always staying close to home. An encore airs Friday, Dec. 28 (8:00-8:30 PM ET/PT).

America’s favorite arctic herd returns in this annual special to decorate the holiday season. In his rush to help, Sid (John Leguizamo) destroys Manny’s (Ray Romano) favorite decorations. Manny is so upset he convinces Sid he is now on Santa’s naughty list. Sid, Crash (Seann William Scott), Eddie (Josh Peck) and Peaches (Ciara Bravo) take off for the North Pole to plead their case to Santa (Billy Gardell). Meanwhile, Manny, Ellie (Queen Latifah) and Diego (Denis Leary), worry over Peaches’ safety and race to find her. Back at the North Pole, Sid and his crew accidentally destroy Santa’s Workshop on Christmas Eve, and it’s up to these newfound friends to orchestrate a Christmas miracle. An encore airs Friday, Dec. 28 (8:30-9:00 PM ET/PT).

An encore broadcast of the seasonal favorite.

The remaining finalists take the stage LIVE to mark their spot on the last performance show of the season. See who steps up their game in hopes of winning the $5 million recording contract with Syco/Sony Music.

Find out who will walk away with a $5 million recording contract with Syco/Sony Music as hosts Khloé Kardashian Odom and Mario Lopez reveal the winner LIVE.

The Portland Police Bureau catches a man and a woman engaged in lewd activity in a vehicle, and upon closer investigation, they discover an unused meth pipe in the backseat. Next, California’s Alameda County Sheriff’s Office goes undercover and conducts a prostitution sting at a hotel. Finally, two officers from the Las Vegas Metropolitan Police Department confront an underage prostitute in possession of alcohol.

An encore broadcast in which Carter (Seth MacFarlane) and Babs (Alex Borstein) take Stewie on a road trip. But when Carter falls asleep at the wheel, the family decides it might be time for him to retire.

In an encore broadcast from the show’s first season, the gang attends Schmidt’s holiday office party and Jess frets when she receives an expensive gift from Paul (guest star Justin Long).

An encore broadcast of this season’s holiday-themed episode, in which the gang attempts to juggle multiple holiday parties in one night.

Count down the final moments of 2012 while watching the ultimate year-end bash, set to feature the year’s chart-topping musical guests. As 2012 nears, FOX cameras will capture every electrifying moment both from Las Vegas and the heart of New York City as the world-famous New Year’s Eve Ball makes its descent into Times Square. NEW YEAR’S EVE LIVE is executive-produced by Bob Bain, produced by Paul Flattery and directed by Michael Dempsey. 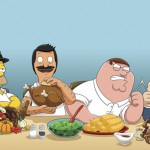 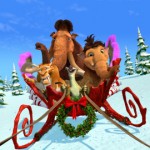 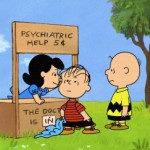 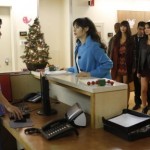 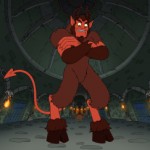 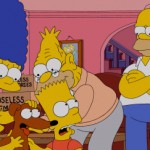 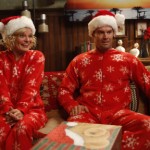 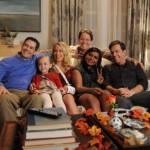 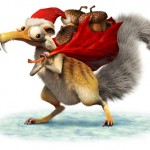 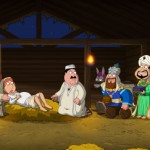 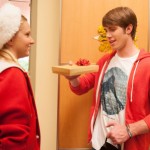 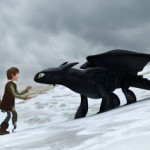 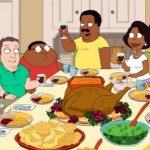 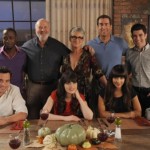 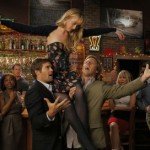 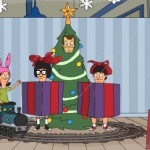 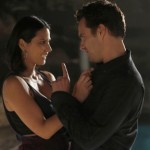 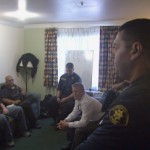