White Collar is airing Season Three Finale and it came with several cliffhangers. So, if you haven´t watched it or not want to be spoiled, this is a good moment to stop reading because I am going to list all the best moments and quotes from Judgement Day, also known as White Collar´s season three finale.

When Agent Kramer returns to derail Neal’s commutation, Neal races to right a wrong from his past. Peter in turn must choose a side. Set against the backdrop of Neal’s commutation hearing, Neal will ultimately decide between fight and flight.

Neal: In essence, you want to know if I´ve earned my freedom

Board Member: You are the poster child of recovery
Neal: Who would´ve thought

Board Member: This is impressive, I hope the real you can live up to the paper, mister Caffrey

Mozzie: I´ve got a surprise
Neal: What kind of surprise
Mozzie: A huge surprise

Peter: For whatever reason, Kramer has decided to keep me out of the loop

Kramer: I want Caffrey working for me, in DC

So, is Neal Caffrey going to DC on White Collar?

June: You must let him go free

Mozzie: How did it go?
June: I nailed it
Mozzie: Excellent

Peter: If Neal´s threatened it may get worse

Elizabeth: Talk to him, he´s your friend, he doesn´t know the Pandora box is opening

Peter: Neal´s staying here, with me

Neal´s acquaintance: Neal, I haven´t seen you, since…
Neal: Since the day I ran away

Diana: You are with Caffrey
Peter: Yeah, and we are heading toward you

Neal: I´m going back to Roosevelt Island
Peter: Come back here, you are never going to make it

Kramer: Are you handling him, or becoming him?

Jones: I think he should finish these two years with the Bureau. It is the best damn deal I´ve seen

Mozzie: We can run, now and never look back
Neal: I don´t want to run anymore

Neal: When this is over, I´ll tell you everything

Peter: He has a life now, that keeps him grounded

Peter: He drives me crazy on his best days

Peter: Neal Caffrey should be free

Is Peter Burke going to chase Neal on the next season of White Collar?

What will happen on season four of White Collar? Can you wait?

What did you think about White Collar Season Three Finale Judgement Day Spoilers and Best Quotes? Let me know in the comments section. Also, remember to follow me on Twitter for more White Collar scoop. 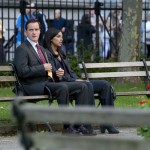 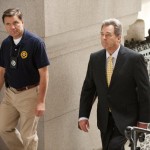 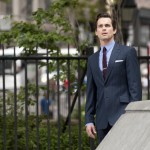 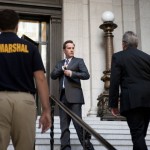 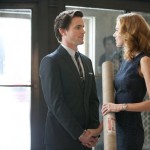