On a sad sad report coming from Vancouver news sites, CTV has announced via Twitter that Glee star and canadian actor Cory Monteith, who plays Finn Hudson on the Fox musical hit has died tonight allegedly due to drug overdose.
Police held a press conference at 10:30 PM local time, so we´ll be updating this article as soon as possible with more news from this subject.
I was hoping this is just an internet hoax, but sadly the scoop comes from a well respected news outlet as CTV and was later confirmed by Vancouver Police Department. It´s official: Cory Monteith is dead. Let´s pay him our respects.

And just as I was writing these lines, Vancouver Police Department announced on its Twitter account too of this sad development, stating that “Hollywood actor was found dead today in Vancouver”. When you match that tweet with CTV reports, it´s getting more and more clear Glee star Cory Monteith has died from overdose, We´ll watch the press conference just minutes away. The 10:30pm conference – streamed live and can be watched by clicking ‘View VPD releases conferences live’.

I will be updating this same article after the press conference ends, but while we wait, let´s just send our thoughts and prayers to this beloved actor from Glee. The BC Coroners Service has confirmed the cause of death for Cory Monteith.

Post-mortem testing, which included an autopsy and toxicological analysis, found that Mr. Monteith, aged 31, died of a mixed-drug toxicity involving heroin and alcohol.

Mr. Monteith was found deceased in his room at the Fairmont Pacific Rim hotel in downtown Vancouver, British Columbia, shortly after noon on July 13. He had checked into the hotel on July 6 and had been expected to check out on the 13th. When he had not done so, hotel staff checked his room and found him deceased.

The investigation into this death by the BC Coroners Service is continuing, and no other details are available at this time. It should be noted that at this point there is no evidence to suggest Mr. Monteith’s death was anything other than a most-tragic accident. When the investigation is concluded, a Coroners Report will be issued. Update: There are no indications of foul play, and confirmation is official: Cory Monteith died today, as reported by Vancouver Police Department. Sad day.

Police Department, is not stating a clear cause of death upon examination, and while reports by CTV say it´s drug overdose, Police is not claiming that. They are indicating no foul play and further examinations to come, with more news in the morning.

Sad day. In the meantime, let´s remember Cory Monteith and Finn on Glee and send our hearts to Cory´s family, to Lea Michele and all the Glee family and the Gleeks in the world that are all mourning their loss.

Update: An autopsy on Cory Monteith is scheduled for Monday, it has just been announced. Toxicology results will take weeks.

Shortly after noon today, the Vancouver Police received a call from the BC Ambulance Service regarding a sudden death in a room on the 21st floor of the Fairmont Pacific Rim Hotel at 1038 Canada Place in downtown Vancouver.

Police attended within minutes of the call and paramedics advised the man in the room was clearly deceased. Coroner’s staff did attend the scene.

The deceased has been identified as 31-year-old actor Cory Monteith, who achieved great fame on the popular TV series Glee.

Before I give further information, on behalf of the Vancouver Police, I want to pass on our condolences to the family, friends, castmates and millions of fans of Mr. Monteith. As was the case in countless homes, I watched Glee regularly with my daughters, and I know there will be shock and sadness in many households with the news of his tragic death.

Mr. Monteith checked into the hotel in July 6th and was due to check out of the room today. There were others with Mr. Monteith in his room earlier last night, but video and fob key entries show him returning to his room by himself in the early morning hours and we believe he was alone when he died.

When he missed his check-out time, staff went to the room at noon and found his body.

We know there will be considerable interest in this case, and we have detectives assigned to the case who attended with our Forensic Identification Unit to examine the scene, to ensure to the extent possible that there are no unanswered questions.

Hotel video has been secured as well as room access records. Our investigators have spoken with hotel staff, who are providing the utmost in cooperation.

An autopsy is schduled for Monday. The Coroner will be determining the next steps with respect to establishing cause of death, but all indications are that there was no foul play.

“Please don’t judge on what is gonna be coming out. Glass half full. All the good things that he’s done. There’s more things on that side to focus on … As guys, we didn’t really talk too much about problems. But for me, anyways, that’s not the focus. People are gonna focus on this last chapter as a bad thing. Don’t use the last chapter do judge someone’s life … Because his life is full of beautiful stories and failures and successes. It doesn’t matter about his problems. It matters about the lives he changed. It matters that he was genuine.”

Update: Naya Rivera, who plays Santana on the show, released a statement, according to The Hollywood Reporter saying:

“The entire Glee family and I are deeply saddened by this tragedy, Cory was and always will be a part of my own family and a good friend. He was a special part of this world and will forever be missed. My heart goes out to Cory’s family and Lea and while we are grateful for everyone’s well wishes, privacy during this time of grief is greatly appreciated.”

“We are deeply saddened by this tragic news. Cory was an exceptional talent and an even more exceptional person. He was a true joy to work with and we will all miss him tremendously. Our thoughts and prayers are with his family and loved ones.”

Maureen Webb co-founder of Project Limelight Society, a charity Cory was involved in, spoke about a meeting she had the day before Cory´s passing, alongside Elena Kirschner, Cory´s Manager saying:

“He looked so good, so healthy. I hadn’t seen him look that good in a long time … I told him, ‘I remember everything we talked about when we first talked about this project. Now it’s happening.’ His face just lit up. He was in great spirits.”

Bravo Media’s “Inside the Actors Studio,” hosted by James Lipton, pays tribute to “Glee” star Cory Monteith with a special broadcast of his appearance on the award-winning series on Thursday, July 18 at 6pm ET/PT. Bravo will encore the episode, which originally aired on Monday, April 9, 2012, on Friday, July 19 at 7pm ET/PT. Lipton said:

“When I appeared as myself on ‘Glee,’” Lipton said, “I auditioned Cory’s character, Finn, for the Actors Studio Drama School – and rejected him. That’s the way Ryan Murphy wrote it. I would have admitted him – in a New York minute. Of course you’ll want to know how Cory responded when I asked him the question, ‘If heaven exists, what would you like to hear God say when you arrive at the Pearly Gates?’ Cory’s God said, ‘Uh, sorry I haven’t been around. There’s a good explanation.’ I certainly hope there is. We needed Cory’s gifts.”

Remember Cory Monteith as Finn Hudson with some of his best song performances. 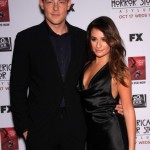 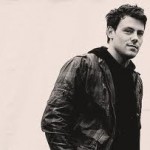 #RIPCory Here, as we´ll all remember him 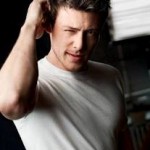 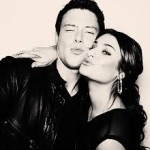 #RIPCory Our hearts to Lea Michele

Shankman tweeted: “Goodbye my amazing and beautiful friend. The lights in my world just grew dimmer. The world just lost one of our best. I love u so much…”

Update: THR is listing all of Glee stars reactions on twitter here.