More information to fill the lists for cancelled shows of 2012 and renewed shows of 2012.  Who would´ve thought about a different outcome than this one? It is clearly one of the most creative comedies around, and it rates well for the peacock, so NBC renewed Parks and Recreation for season five. After all, when you have an ensemble cast like that show, you try to stick with it as much as you can, and they are deilvering high quality episodes.

“Parks and Recreation” is an ensemble comedy that follows Leslie Knope (Amy Poehler) a mid-level bureaucrat in the Parks and Recreation Department of Pawnee, Indiana, and her tireless efforts to make her quintessentially American town just a little bit more fun. In the Pawnee Parks and Recreation Department, Leslie’s office mates include Chris Traeger (Rob Lowe, “Brothers and Sisters,” “The West Wing”), a health nut who wants to live to be 150 years old, and Tom Haverford (Aziz Ansari, “Human Giant,” “Scrubs”), a fashion-obsessed wannabe player whose greatest dream is to own his own nightclub.  Leslie’s boss, Ron Swanson (Nick Offerman, “Children’s Hospital”), hates the very government he works for, and sports one of the most impressive moustaches on primetime television. Rounding out the cast are Leslie’s love interest, Ben Wyatt (Adam Scott, “Tell Me You Love Me,” “Party Down”), her best friend, Ann (Rashida Jones, “I Love You, Man,” “The Office”), shoeshine boy extraordinaire Andy Dwyer (Chris Pratt, “Everwood”), and his wife, April (Aubrey Plaza, “Funny People”), who doubles as Ron’s sullen assistant. Also starring are Retta (“It’s Always Sunny in Philadelphia”) as the fun-loving Donna Meagle and Jim O’Heir (“Castle”) as the department’s punching bag, Jerry Gergich.

What do you think? Are you happy that Parks and Recreation got renewed? Let me know in the comments section.

Also, remember to follow me on Twitter for more scoop about shows getting renewed as Parks and Recreation did. 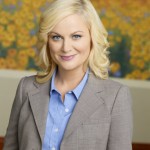 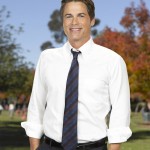 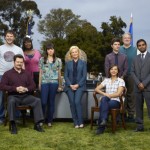 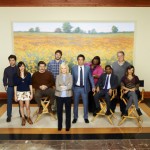