Ok, so this season finale of Psych was just incredible, and the cliffhanger is amazing, and I cannot wait until the next season to start in order to know what happens next. It´s probably the biggest cliffahnger for the show yet.

In this episode, called Santabarbaratown, After over 20 years of searching, the body of Veronica Towne has been found, and Shawn, Gus and Henry reopen the case and revisit all the old suspects, including the son of a millionaire who was dating her at the time she went missing.I will not spoil it for the ones who haven´t watched it yet.

Woody: She was quite a looker… still is

Chief Vick: Do you have any other bombshells for me?
Shawn: Did you see the finale of The Bachelorette
Chief Vick: Yes
Shawn: Then no, I don´t

Shawn: Certainly didn´t seem like the murdering type; but then again, neither did Matthew McConaughey´s character on The Lincoln Lawyer
Gus: Ryan Philippe was the killer on that movie
Shawn: Really? I never saw it

Gus: There´s something about older women in inappropriate outfits keeping it nice and tight
Shawn: Gus, come on, she´s old enough to be your mother´s younger, sexier… I get it
Gus: See?

Gus: Sorry, I had my mouth full of M&M´s

Shawn: I got six bucks and a picture of Mary Stuart Masterson on my wallet. It´s all yours

For Woody: The Woodmaster

What did you think about Psych Santabarbaratown Season Six Finale? Let me know in the comments section.
Also, remember to follow me on Twitter for more Psych scoop. 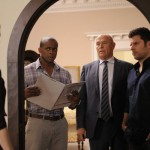 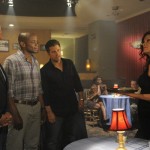 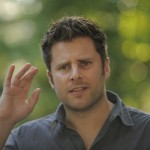 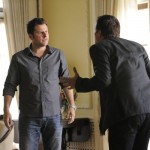 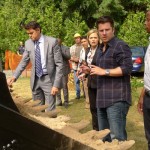 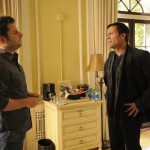 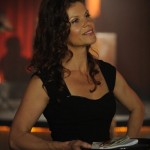 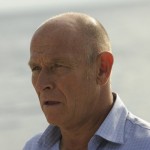 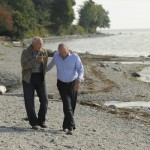