More information to fill the lists for cancelled shows of 2012 and renewed shows of 2012. In this case, the perennial “On the Bubble Show” comes back once again. NBC renewed Parenthood for season four of the show that was never a lock to comeback, but always has enough arguments in favor of renewal.

In Parenthood, Sarah Braverman (Lauren Graham, “Gilmore Girls”) is a financially strapped single mother trying to raise two teenaged kids, the bright but rebellious Amber (Mae Whitman, “Scott Pilgrim vs. the World”) and sullen and sensitive Drew (Miles Heizer, “ER”).
On the home front, Sarah and her kids live with Sarah’s larger-than-life, headstrong father, Zeek (Craig T. Nelson, “Family Stone,” “Coach”), and pillar-of-strength mother Camille, (Bonnie Bedelia, “Heart Like a Wheel”), who are continuously dealing with their own marital issues.
Meanwhile, Sarah’s sister and complete antithesis, Julia (Erika Christensen, “Traffic”) is a successful corporate attorney trying to juggle work and motherhood, alongside her loving, but increasingly restless stay-at-home husband, Joel (Sam Jaeger, “Eli Stone”.) Having encountered difficulties getting pregnant, Julia and Joel enter into the complex world of adoption in an attempt to grow their family.
Commitment-phobe Crosby (Dax Shepard, “Baby Mama”), Sarah’s younger brother, is helping raise a son he had out-of-wedlock with former flame Jasmine (Joy Bryant “Antwone Fisher”).
However, it’s Adam (Peter Krause, “Six Feet Under”), the oldest Braverman sibling, who has had to relinquish his expectations about what constitutes a “normal” family as he, his quietly forceful wife, Kristina (Monica Potter, “Trust Me”) and independent-minded teenage daughter, Haddie (Sarah Ramos, “American Dreams”), struggle to cope with their eccentric son and Haddie’s little brother, Max (Max Burkholder, “Brother & Sisters”), who has Asperger’s Syndrome. Adam’s life gets even more complicated as he and Kristina discover they are unexpectedly expecting a third child.
Although each sibling and family has its own share of life and everyday challenges to grapple with, they still manage to be there for each other in their hours of need.

What do you think? Are you happy that Parenthood got renewed? Let me know in the comments section.

Also, remember to follow me on Twitter for more scoop about shows getting renewed as Parenthood did. 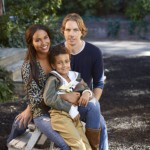 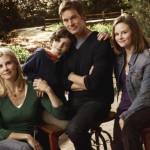 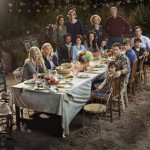 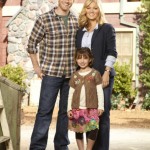 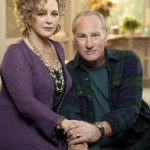 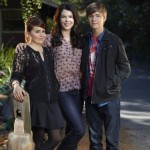